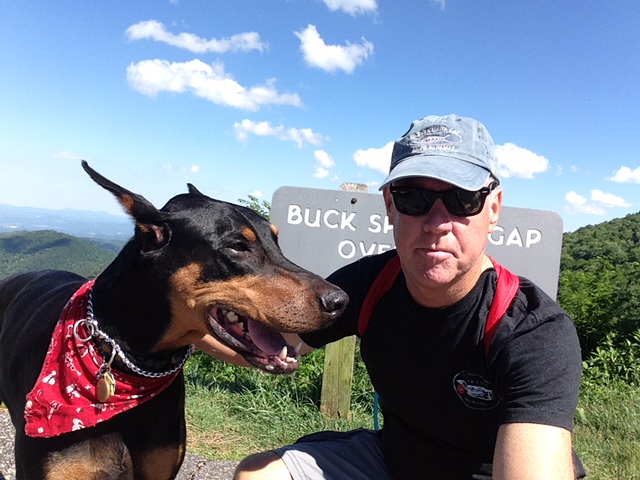 This segment of my ‘sabbeardical’ is an effort to seek beauty and clarity in nature accompanied by a 100 pound freak of nature- Finnegan the Doberman. As a kid, Jack London’s Call of the Wild and Steinbeck’s Travels with Charley were among my favorite books. Both involved fearless men who shared their adventures with a canine companion.  But unlike Jack London’s weather hardened St. Bernard mix, Buck-  Finnegan will be spending the night outdoors for the first time in his 5 years with me.  He is more likely to hear a “Call of the Couch”. 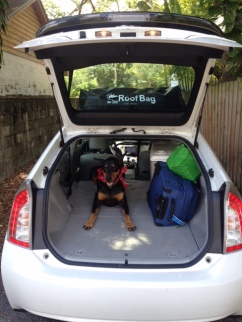 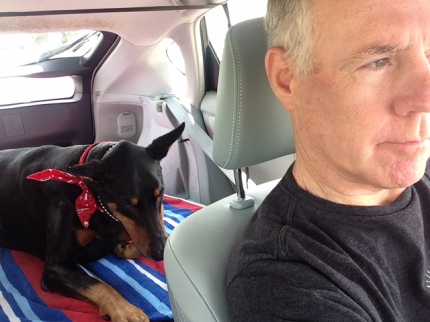 So off we venture for two weeks in the mountains of North Carolina, Tennessee and Alabama. In a world of tricked out campers and Ford F-150 trucks, Finn and I will tour these red states in a white Prius.. God help us.